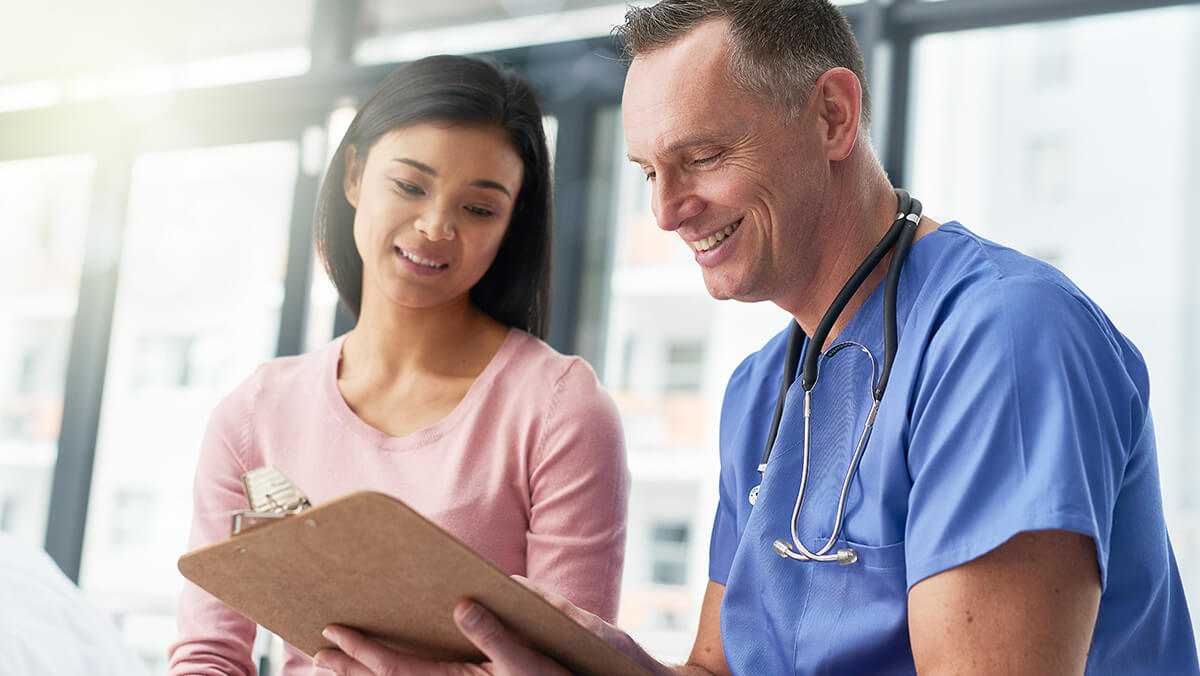 These four biotech startups reflect an ecosystem that is attracting founders, talent and capital.

Frederick, Maryland continues to be a hotbed for biotech and a destination of choice for many new startups. The last few years have seen one-time startups like RoosterBio, Inc., BioFactura, Inc. and Akonni Biosystems thrive and grow within the Frederick life science support ecosystem.

RoosterBio, a regenerative medicine company focused on accelerating the stem cell economy by providing standardized stem cell platforms, was recently featured in an article in Forbes. BioFactura, a biosimilar and biodefense organization which started in the Frederick Innovative Technology Center (FITCI), is currently engaged in a $6M Series B fundraising round. Molecular diagnostics company Akonni Biosystems announced in June that the U.S. Food & Drug Administration (FDA) approved its TruDiagnosis® System.

These milestones represent just a few recent examples of Frederick startup success. Now, a new group of Frederick startups are poised to spur the next generation of great biotech success stories. Let’s take a look at a few of the hottest startups ready to take a big leap forward.

Theradaptive, Inc. is a privately held biotechnology company that was founded in 2016 and is focused on regenerative medicine technology. It is currently developing a therapeutic platform that induces targeted tissue repair. The platform’s indications include spinal fusion, soft tissue repair, local therapeutic delivery tissue patches, trauma repair, dental repair, and complex cartilage repair (Source: Theradaptive). The company is a Massachusetts Institute of Technology (MIT) spin out that “is developing products based on a proprietary material-binding technology that allows for the targeted delivery of any therapeutic protein on the surface of implants or as depot formulations….The platform can also be used to deliver any biologic on the surface of implantable or injectable carriers.”

The company’s founder, MIT alumnus and Iraq war veteran Luis Alvarez, his inspiring story on why he founded Theradaptive.

“The motivation for Theradaptive started when I saw fellow soldiers whose limbs were initially salvaged after a devastating injury but who eventually had to undergo amputation because the state of the art treatments at the time could not control bone repair.  When you can’t heal bone in an extremity you end up with a useless limb that has to be amputated. I wanted to develop a way to regenerate these tissues in a controlled way. That is how Theradaptive was born. Now we have a platform technology that can be used to precisely deliver therapeutics to specific places in the body and keep them there long enough to have an effect.  This means you can not only regenerate tissues like bone and cartilage but you can also use this technology to develop localized cancer treatments, next-generation vascular stents, tissue repair patches for cardiac damage, and the list goes on. We started in Frederick with our first DoD grants and found a great community at FITCI where we base our R&D operations.”

Most recently, Theradaptive was the recipient of the 2018 and 2019 Maryland Stem Cell Research Fund Commercialization Grant and was named a finalist for the 2018 First Coast Innovation Challenge held in Boston, MA. The company also received phase II funding under the Defense Health Program Small Business Innovation Initiative Research Program and has a partnership on a $1.47M DoD contract to develop next-generation 3D printed drug-eluting spinal fusion devices (Source: Theradaptive). The company was also selected for contract award under the Advanced Regenerative Manufacturing Institute (ARMI) BioFabUSA program.

Maloney, PhD developed the company’s lead drug candidate VLX-1005 while at the NIH, which Veralox secured exclusive patent rights to in 2018. They are now on a mission is to develop a first-in-class therapeutic targeting rare immune-mediated blood disorders, and specifically chose to locate in Frederick to accomplish that mission.

“We located here because we look at Frederick as having a lot of similarities to our company.  We’re a startup but we have amazing technology, the right people and the determination to succeed. We know that we’re going to be a powerful force in the industry; and so will Frederick,” shared CEO, Jeff Strovel. “We felt that it was important to be in a city that had that same growth-oriented culture and direction that we had. The level of collaboration, expertise and support in Frederick is outstanding.  As part of this ecosystem, the network of other startups and founders is very accessible, and the strategic advisory board that pushes and guides us is like an extension of our team. The value of our progress and our success at each milestone genuinely matters to the people around us here in Frederick.”

The company was recently awarded a $319,133 Small Business Innovative ResearchGrant (SBIR) from the National Institutes of Health (NIH) to develop a novel therapeutic for patients suffering from heparin-induced thrombocytopenia and thrombosis (HIT/HITT); a designated orphan disease that impacts some 20,000 patients annually, has a high mortality rate and often result in limb amputations.

The NHLBI grant award and exclusive patent rights to VLX-1005 has put Veralox in a strong position to attract additional collaborators and funding to move their technology towards the clinic and begin to grow.

NanoBioFab is another successful startup that calls FITCI home. Founded in 2016, and led by founder and CEO Xiaonao Liu, a former scientist at Cal Tech.  The company creates patented high-throughput automatic nanomaterial synthesis and screening technology, together with advanced Artificial Intelligence algorithms to develop nanosensors, called iNoseTM. With the help of robots and AI, Nanobiofab develops wearable nanotech products that can be used to detect minute molecules emitted from the skin for real-time tracking of biological indicators like fat consumption and potential disease diagnosis.

Last year, NanoBioFab was accepted by TEDCO into its Rural Business Initiative Program  (RBI2) and received a $25,000 pre-seed investment from the organization. The company was also selected from the largest applicant pool in the event’s history to compete in the MedTech’s Military Pitch Event in Charleston, South Carolina. The company is actively seeking new investments and has several pending patents in the U.S. for its technology.

“Nanobiofab’s team is made of five PhDs who are scientific experts in their field, but have no business experience, so the support we have received from FITCI and TEDCO has played a significant role in our progress” shared Liu.  “They have helped us network with interested businesses and investors, provided business plan guidance, and fundraising assistance.”

This metabolic tracker provides precise real-time tracking data to help athletes, professionals, and fitness enthusiasts increase sports performance, reduce the potential risk of injury, and guide proper nutritional lifestyles. ”Our products are life-changing, and through the resources from FITCI and TEDCO, we can use the unmatched mentorship and guidance to become playmakers in the healthcare technology industry.”

With the pre-seed funding, possible funding from the pitch competition and potential new investors, the company plans to finish its first prototype wearable fitness body metabolic tracker in the near future, with the goal of manufacturing between 30 to 50 units that could be used to collect data in volunteer trials.

Dri Biosciences Corporation is another Frederick startup focused on developing novel therapeutics for patients in need of effective treatments. The company was founded in 2013 and is led by CEO Hao Chen. Its mission is to develop novel therapeutics for Fragile X (FSX) Syndrome, Autism Spectrum Disorder (ASD), and Alzheimer’s diseases. These diseases currently have either no effective treatments available or are ineffectively treated. Given the increasing incidence of autism and the baby boomer generation reaching retirement age, there is a huge current and future market potential for these therapeutics -exceeding $10B.

DRI’s leading drug candidate, ACT01, is a novel and proprietary compound and DRI continues to expand this platform technology. The whole family of compounds is protected by issued patents that are exclusively licensed to DRI. The company was awarded a $193K SBIR grant from the Department of Health and Human Services (DHHS) in 2016.  Building on the results of this NIH funded research, DRI’s research identified proprietary biomarkers, that will enable the company to identify the patients whose disease is most effectively treated by its therapeutics. DRI will be curing diseases while owning the tools necessary to monitor the success of the treatment protocols and identification of the patients most likely to be cured by these drugs.

Which one of these companies will become the next RoosterBIO, BioFactura, Akonni Biosystems or maybe even the next AstraZeneca? It’s hard to say for sure, but each of these startup organizations is in a great position to succeed with strong, experienced leadership, innovative potential products, deep networks and the ongoing and evolving support from the Frederick, Maryland biotech support ecosystem.